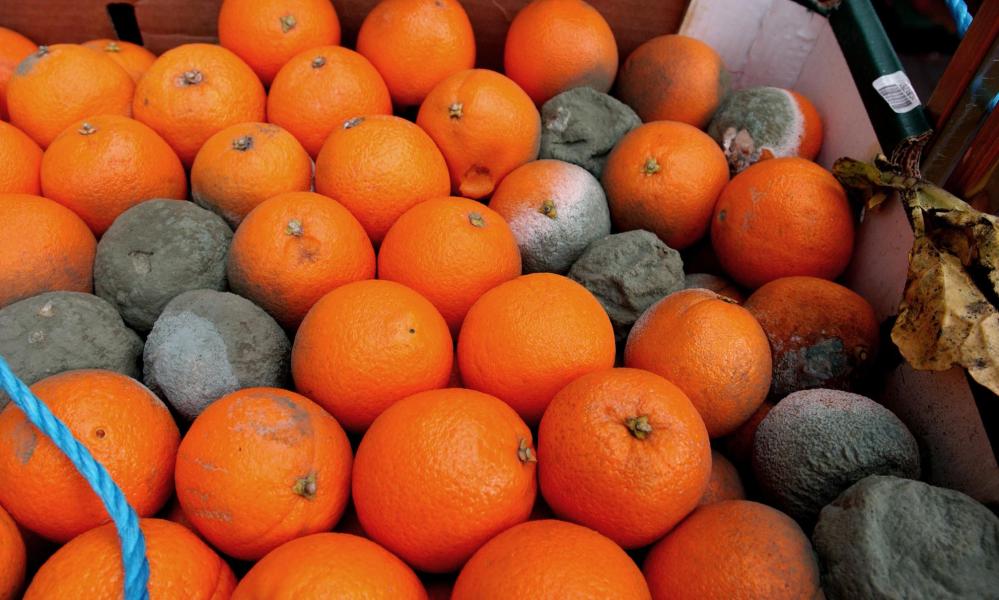 April 20, 2016 — Food waste is bad for our wallets. It’s also bad for the environment — the equivalent of throwing away the water, energy and other resources that go into growing it in the first place. But as interest in reducing food waste grows, so does innovation to make it happen. Take a look at what some creative businesses are doing to turn trash into treasure.

U.S. company Food Cowboy has developed an app that allows food companies to donate surplus food to nearby charities and organic waste to composters, farmers and biogas generators.

Currently, the app has over 400 charity users and 200 donors. While the donor list is made up of growers, shippers and wholesalers, co-founder Barbara Cohen says the app can also be used to support food recovery programs bringing food from stores, restaurants or other food establishments to local charities.

“Current and proposed responses to food waste, including banning food waste from landfills and requiring retailers to donate 100 percent of their unsaleables, are not grounded in present logistical and economic realities,” Cohen says. “Clearly, a coordinated industry response is required.”

And, she argues, such a response makes economic sense for the industry. Under recent changes to the U.S. tax code, “recovering and donating supply chain waste would allow the food industry to reduce its taxable income by up to US$6 billion a year and eliminate US$1.3 billion in disposal fees,” she says. “Recovering and donating just 7 percent of wasted food each year would allow the industry to take an additional US$485 million in deductions.”

In Finland, the app Froodly looks to offer consumers a chance to be part of the solution, while also gaining access to discounted food. The app shows users about-to-expire supermarket products for discounts of between 30 and 70 percent.

Co-founder Brennan Clark says he decided to focus on supermarkets because they were the shining example of how bad the world’s food waste problem has become, and also the most accessible place for consumers.

“We had seen previous solutions that weren’t scaling up very effectively, and so we chose to … try and make it a consumer’s movement against food waste,” he says.

Clark’s aim is to develop a mass-market tool, but Froodly currently focuses on green consumers and students. “Green consumers really buy into the mission and are ready to help reduce food waste, while students — some of which are also green consumers — really appreciate the cost savings associated with these products,” he says.

CEO Nick Papadopoulos’ eyes were opened to food waste — and its resultant loss of earnings for producers — after he started managing his family’s farm.

“I witnessed a lot of premium fresh produce going unsold and even undonated,” he says. “It really tore me up because I saw the love and investment that went into the effort from our farm’s perspective as a family business.”

Papadopoulos says CropMobster is designed to solve a variety of different problems experienced by individuals on the platform.

“It could be a high volume excess of old cheese or bread that needs to find a home with composters or pig farmers; a hunger-relief group looking for volunteers or equipment or more food donations; [or] a farmer trying to make a quick and easy donation of food,” he says. “Whatever the specific [donor] alerts, the goal is to rapidly spread their alert, help them share their need” and hopefully get something that would otherwise be wasted into the hands of someone who can use it.

In South Africa, one company has come up with a squirmier way of utilizing leftovers.

AgriProtein Technologies takes organic waste from food factories, restaurants and hotels, plus out-of-date produce from supermarkets, and creates larvae feed from it. They then feed the product to fly larvae, which in turn become food for chickens and farm-raised fish.

Drew says the process not only reduces food waste, but also turns a profit for the company while reducing the environmental footprint of raising chicken and fish.

“We take for granted the fact that we should recycle our glass, newspapers, tin, plastic and water. But this is only the tip of the iceberg. Creating and discarding nutrients … has a far higher environmental impact,” he says. “When we start to recycle these we will be truly on the path to some sustainability for our planet.”