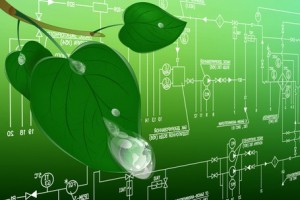 April 19, 2016, Ottawa – Growth in Canada’s clean technology industry has stalled and needs greater support from all levels of government and private sector to stimulate and help finance the deployment of commercialized clean technology innovation in order to succeed according to Analytica Advisors’ 2016 Canadian Clean Technology Industry Report.

The report showed clean technology is now worth nearly $12 billion to the Canadian economy and created an additional 5,000 jobs in 2014 – up from 50,000 the year before.

After bucking the trend and growing at four times the rate of the overall Canadian economy, the clean technology industry is facing its first slowdown in six years according to the Analytica Advisors report which indicated a decline in year over year industry revenues in 2014.

Without the right support, the industry could lose an opportunity to play a key role in the global race to fight climate change and help Canada meet its 2020 Paris commitments. Canadian clean technology companies, many of which have benefitted from federal and provincial government innovation policies and funding, also risk becoming takeover targets of foreign-owned businesses that could benefit from that investment and the subsequent economic growth.

Clean technology exports are also suffering. According to the report, Canada increased clean technology goods exports by $3 billion over the past decade but Canada’s ranking among top global exporters dropped from 14th in 2005 to 19th in 2014.

In contrast, the global market for clean technology goods has doubled from $550 billion to $1.1 trillion over the same time period. The report showed that Canada is the world’s second greatest loser of market share (2.2 per cent to 1.3 per cent) in the clean technology sector since 2005, with only Japan faring worse.

Analytica Advisors’ president, Céline Bak, believes that this trend could be reversed if governments put a price on carbon, modernize regulation, update innovation policies, enable take up of clean technology in infrastructure and facilitate financing for scale-up of the innovations they have encouraged. “Canada should help clean technology advance to market scale, she said. “The absence of a positive business environment domestically will leave the industry vulnerable.”

“Federal government support for clean technologies at the R&D and pilot or demo scale is much needed. However, getting to commercialization remains the true challenge because support is lacking for the roll-out of the first commercial facilities,” said Marie-Hélène Labrie, Senior Vice President, Government Affairs and Communications for Enerkem. “Private sector financing opportunities are also lacking at this crucial stage, and this is why addressing this financing gap is essential to ensure the growth of the Canadian clean tech sector.”

The report showed the U.S., Europe and China are the top three countries for Canada’s clean technology exports, and that for the second year in a row, China secures third place, up from eighth in 2013. “Canadian clean technology firms have continued to demonstrate success in international markets. Stronger domestic markets will be required to sustain growth in global exports of clean innovations,” said Bak.

“The Canadian Clean Technology Industry Report is an invaluable tool,” said Rick VanSant, president and CEO, UV Pure Technologies and Vice Chair at WaterTAP Ontario. “Not only is it the most comprehensive summary of data and a thoughtful analysis that points to where the puck is going to be, it provides a critical benchmarking tool for Canada’s emerging clean tech companies.”

Analytica Advisors is an Ottawa-based company that monitors and reports on Canada’s and the world’s expanding clean technology sector through thought-leadership in evidence-based research. It is focused on translating evidence into policies and business practices for the good of society, the environment and the economy, in Canada and around the world.